Peter Hocken his final contribution before he died in 2017 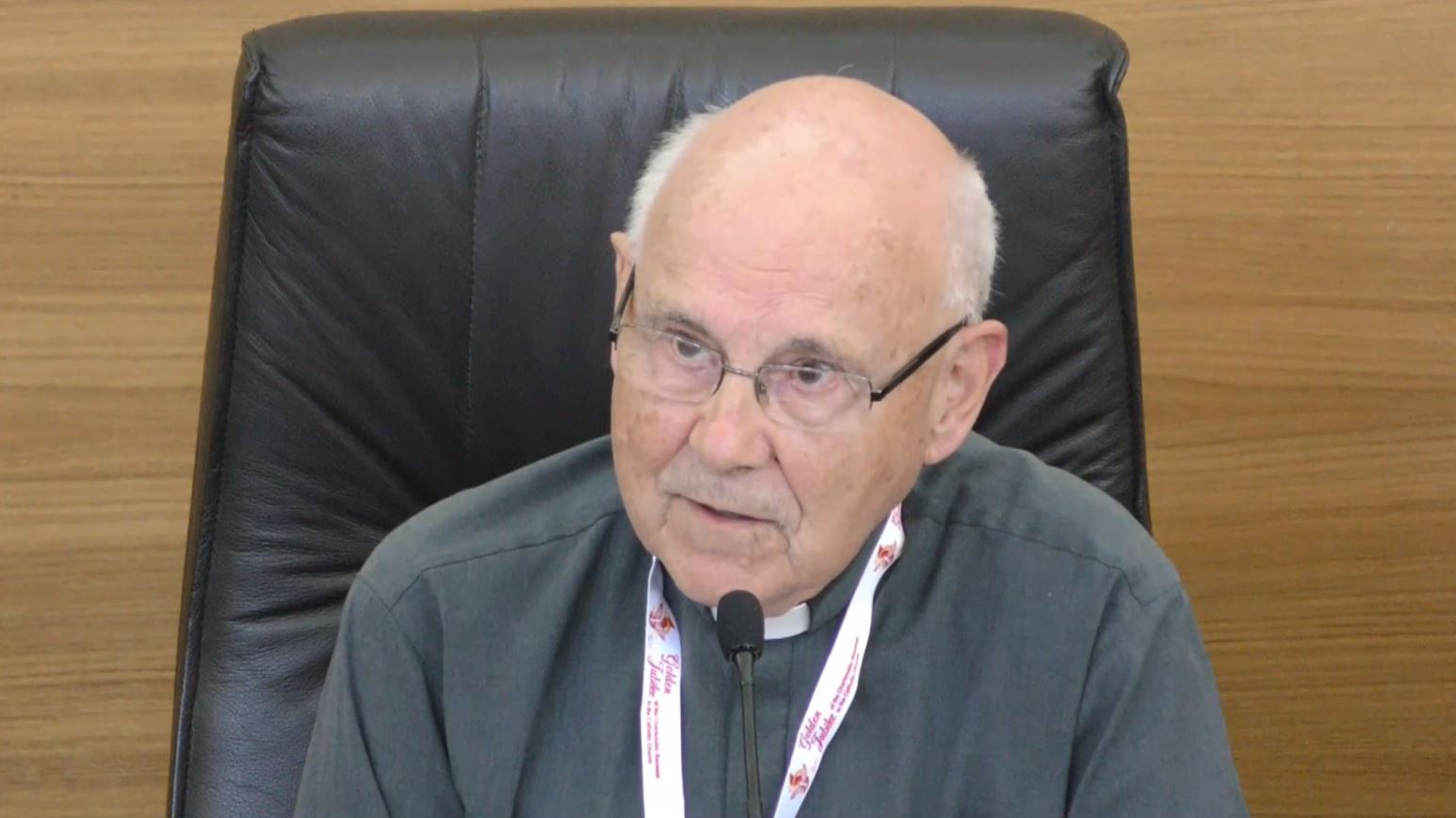 A week before he died (he passed away on the 10th of June 2017) he delivered a huge contribution to charismatic renewal and ecumenism by presenting the history of the new dialogue and reconciliation between the Roman Catholic Church and Messianic Jews who believe in Jesus as their Messiah. This presentation was in Rome, Urbania University, 2nd of June 2017, in the program of the Golden Jubilee of Catholic Charismatic Renewal.

Click here or below to see the whole video. See and listen the amazing story of two Catholics, Peter Hocken and Johannes Fichtenbauer, and two Messianic Jewish rabbis, Marty Waltman and Richard Harvey. They tell their faithstories and about their meetings with popes and cardinals. It was the culmination of Peter Hocken his dedicated life’s work.

More: A number of articles of Peter Hocken are as free downloads in English and Dutch on www.stucom.nl. Under this interview with Peter Hocken you find the links.

More: In Loving Memory of Fr. Peter Hocken, a page on Facebook, made by Xaundelle Cortez, with contributions of good friends from all over the world. Funeral service on YouTube 8 minutes, Kaddish for Father Peter Hocken